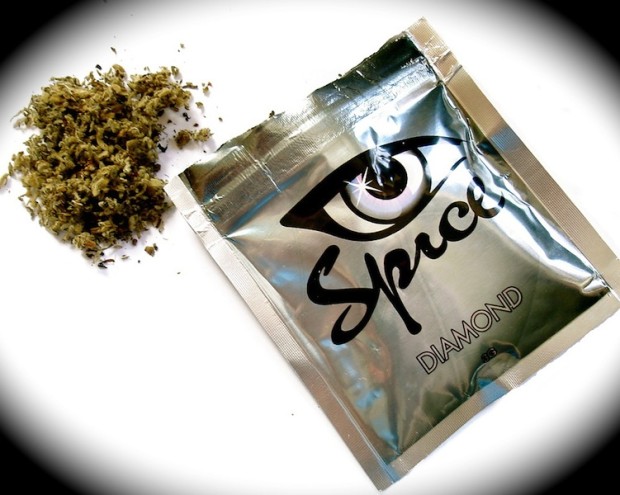 If you think that synthetic marijuana – also known as Spice, K2, fake weed and herbal incense – is all-natural, harmless, or flies under the radar when it comes to testing, you are in for a very big surprise.

Regardless of what name it goes by, Spice is a psychoactive designer drug that produces effects similar to Marijuana. Clients I work with tell me it often feels more like marijuana with a little bit of the hallucinogen PCP thrown in. Lovely.

Spice is available at smoke shops, packaged as “Incense” with the warning: “NOT FOR HUMAN CONSUMPTION.” According to the National Institute on Drug Abuse (NIDA Drug Facts: Spice {Synthetic Marijuana}, April 2012, www.drugabuse.gov), Spice is now the second most used illegal drug by High School seniors, next to marijuana.

Despite the meteoric rise of this substance, most people know very little about it… even when they are using the product! Let’s look at the top three things people believe about Spice, and see if they are fact or fiction.

Number 1 – Spice is All-Natural?
Fiction. If you see a package of synthetic Marijuana with all-natural claims on the label, then that manufacturer is lying to you. Spice is created by spraying dead plant matter with synthetic chemicals. The plant matter typically consists of various dried herbs. In truth, it could contain anything that burns. The organic stuff is inert and does not contribute at all to the mind-altering effects. Instead, manufacturers use the herbs as a delivery system, by spraying them with synthetic chemicals that mimic the effects THC has on the body. The result is a product that may look and burn like natural marijuana, but couldn’t be more different.

Number 2 – Spice is Safe?
Fiction. The Synthetic Drug Abuse Prevention Act of 2012 banned synthetic compounds commonly found in synthetic marijuana, designating them as Schedule I substances. It is illegal to sell, buy or possess them. But, that hasn’t stopped manufacturers from running a shell game, whereby different chemicals are substituted in and out of the mixture. The result is a product that isn’t supported by testing and doesn’t conform to any standards. Each manufacturer uses its own “custom blend” (what does that mean!) of cheap plant matter which is doused with who knows how much chemical. Afterward, it’s packaged and sold as “Incense.” What a racket.

According to NIDA, the active compounds in Spice bind to the same receptors as THC. However, some of the compounds bind more strongly, which could lead to a more powerful and unpredictable effect. So, when you smoke spice, you are never certain as to the effect. Unfortunately, Spice is a recent phenomenon. It’s effects aren’t well-documented yet. Preliminary studies suggest negative effects such as increased agitation, vomiting, a rise in blood pressure, heart attack, convulsions, withdrawal and even acute psychotic events. I have personally witnessed some clients go through horrible withdrawal symptoms, lasting for weeks afterward.

Number 3 – Spice is Detectable?
Fact. Test kits are really inexpensive now. Recently, I purchased a dozen synthetic marijuana instant test kits on Amazon-dot-com for $4.95 each! Gone are the days when you could fly under the radar by smoking Spice in place of marijuana, and pass a random drug test.

Who Do You Trust?
Before becoming a counselor, I spent twenty-years working with some of the largest nutrition companies in the country. I’ve seen what really goes on in board rooms and factories. Manufacturers can be unscrupulous. I’ve seen expiration dates changed on old products, and products made with questionable ingredients or unsafe amounts of some ingredients. Believe me, it happens. But the companies I’m talking about are in the minority. In the case of Spice, 100% of the manufacturers don’t give a damn what happens to you, so long as you pay in cash. In a way, I can’t blame them. After all, they tell you right on the package; “Not for Human Consumption.” What kind of idiot would ignore a warning like that?!

KEITH ANGELIN, MBA, CADC-II, CNDAI, is a Masters level, Board-Certified Alcohol & Drug Counselor and Nationally Certified Intervention Specialist. Prior to entering the field of substance abuse counseling he spent two-decades as a marketing executive in the health and nutrition industry where he worked with numerous professional athletes and celebrities including Sylvester Stallone, Arnold Schwarzenegger, Clint Eastwood and the Dallas Cowboys. A ten year battle with drugs and alcohol nearly ended his life on three occasions. His recovery compelled him to re-evaluate his life and share the miracle with others. He can be reached at (949) 939-9222 or Keith4Counseling@gmail.com.