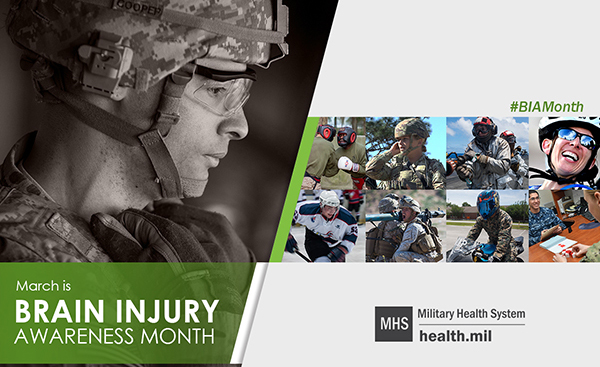 Every March, during Brain Injury Awareness month, the Defense Department works to increase awareness of traumatic brain injury in the military. At work and home, whether they are deployed, training, or simply having fun off-duty, service members are at an increased risk for brain injury.

According to the Defense and Veterans Brain Injury Center, 383,947 service members received a TBI diagnosis from 2000 until the first quarter of 2018. Of those, 82.3 percent were mild TBIs, also known as concussions. It’s unknown how many service members actually experience a concussion because many fail to seek medical attention.

One Veteran’s TBI Story
Mike, a veteran and San Diego resident, joined the Marine Corps in 2000 as a 7212 low-altitude air defense gunner. When asked if he ever had a concussion during his time in service, he was hesitant in his response.

“I did get hit in the face with a rifle and was said to have a minor one,” he said. “I wasn’t knocked out, just saw stars.”

When recalling his injury, Mike remembers going to sickbay for the laceration above his eye and that his medical report only noted the cut. Though not diagnosed, because Mike saw stars he likely experienced a concussion.

According to Mike, TBI wasn’t exactly on his radar, especially if a corpsman wasn’t around. He recalled another occasion following a mortar attack.

“One night, we were performing a no-light perimeter check as we had just been mortared,” he said. “We had a vehicle go into a ditch that threw everyone out of the vehicle and a few of the guys were knocked silly, but I don’t think any of them went to sickbay because we had to extract the vehicle and continue on.”

Luckily, for Mike and members of his unit, most TBI symptoms start improving immediately and resolve completely within weeks, but that’s not always the case. What about those in Mike’s story who were “knocked silly”?

Today corpsmen, medics and other medical staff train with clinical tools such as the Military Acute Concussion Evaluation, developed by DVBIC in 2006. The MACE 2 (revised, released in 2019) helps front-line medical staff quickly screen for concussion. It also includes red flags to help providers assess if patients need further evaluation, or urgent evacuation to a military hospital or clinic.

Transitioning TBI Care
Service members such as Mike who transition out of the military into the Department of Veterans Affairs health care system, need to know there are agencies and programs that can help. The DVBIC TBI Recovery Support Program, for example, connects service members, veterans, and family members with recovery support specialists who help track symptoms and connect patients to medical and non-medical support services.

Service members in San Diego with TBI who transfer from the Defense Department to VA, will transition to the VA San Diego Healthcare System. The Polytrauma Support Clinic team there evaluates, educates, and directs outpatient care for patients with persistent, but stable, symptoms related to TBI.

Providers will refer patients with more severe cases to VA Polytrauma Rehabilitation Centers or Polytrauma Network Sites around the country.

TBI Awareness is Key
The first step in recovery from a TBI is recognizing the causes and the symptoms, and seeking medical advice as soon as possible after a head injury.

If you, or those you know, experience a potential head injury, seek appropriate medical care. Early detection of brain injury leads to early treatment; early treatment leads to better outcomes.

Common symptoms following a concussion include:

For more information about TBI, check these online resources: DVBIC – Download TBI fact sheets and find other helpful resources from the DVBIC website at https://dvbic.dcoe.mil/

“A Head for the Future” (a DVBIC initiative that raises awareness of TBI signs, symptoms and treatment.) – Watch videos of members of the military community sharing their experiences with TBI, and download other resources at http://dvbic.dcoe.mil/aheadforthefuture

Haley Cedarleaf is the regional education coordinator for the NMCSD DVBIC network site. She provides TBI education and training across Defense Department and VA sites throughout Southern California, Arizona, and the Pacific. 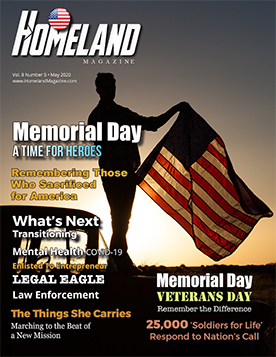