Innovation: The Brainchild of Imagination 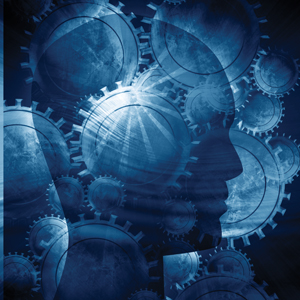 “Albert Einstein once said, “Imagination is more important than knowledge.”

Innovation: The Brainchild of Imagination

It’s been repeated endlessly to support the idea that you can be an ignoramus and succeed. Maybe. Maybe not. There’s no substitute for knowing what you’re doing. On the other hand, a lack of imagination, creativity, and innovation stifles growth.

It’s great that entrepreneurs have come up with innovative solutions to everyday problems we didn’t even know were problems.

How the Tedium of Standing in Line at the Post Office Turned into a Big Business
An enterprising entrepreneur looked at the U.S. Postal Service and determined the market needed better services (we knew that).

Hence Mail Boxes, Etc., an alternative to standing in line to be “helped” by uninspired, burned-out, and overworked postal workers. Mail Boxes Etc., founded in 1980 has grown to be the world’s largest franchisor of retail shipping.

In 2001 Mail Boxes Etc., Inc. was acquired by UPS and re-branded as The UPS Store. In 2017 and 2018 the UPS Store was named one of the top 50 business service franchises. USA Today and G.I. Jobs named The UPS Store franchise opportunity in the 50 Top Franchises for Military Veterans.

Even Sharks Can Be Wrong
Ring. Isn’t that a great name? Take note. Ring founder and Chief Executive Jamie Siminoff, an inveterate tinkerer, was working on a humane mousetrap in his garage (of course) when his wife asked him to create a way to see who was at the door when the doorbell rang. For Siminoff it was a spur-of-the-moment, no-big-deal little bit of technology he could easily generate.

Ring’s journey started with a $200 doorbell that streams video to residents’ smartphones, enabling them to talk back to guests. It promises peace of mind helping homeowners feel safe when someone knocks on the door. Footage of burglars from the doorbells has become a fixture of Facebook and local TV news.

Who knew we needed that?

Sales of video doorbells are growing faster than for any other home device, with Ring the leader. Ring turned a picked-on nerdy kid into one of the nation’s hottest hardware entrepreneurs. Ring is up to a million customers with sales last year of $155 million. Insurers subsidize the doorbells for customers. Police departments have praised them. Home burglaries declined 55% in six months in some neighborhoods.

By the way, the investors on ABC’s “Shark Tank” had a chance to be early backers when Siminoff appeared in a 2013 episode seeking a $700,000 investment in exchange for 10 percent of his company, but they turned him down. Dumb. Recently Amazon announced it would purchase Ring in a deal reportedly worth $1 billion.

Many small businesses cling to doing things as they’ve always done. Taking risks and even talking about exploring new ideas is often quickly dismissed. We often hear phrases such as “it’s not our tradition,” and “we don’t do things like that.”

The things that worked in the past are valuable but limiting new ideas is a guaranteed way of taking the air out of your most creative employees and stifling innovation.

There’s a lot of talk about diversity in the workplace. Diversity is not only about doing your civic duty. Hiring employees with different backgrounds will help create an environment that nurtures imagination. People who bring different views and ideas to a small business will spark innovation blasting through an echo chamber where everyone is thinking the same thoughts.

If you want to strip people of any creativity, passion or drive, micromanage them. Controlling every aspect of a project, over involving yourself in projects and ensuring all approval goes through you feels safe but its a sure way to kill innovation.

Instead, foster imaginative thinkers to find new ways to find solutions to problems and nourish both themselves and the business. Be the leader that embodies the qualities that you want on your team.

Shut up and listen. I know it’s not easy, but it really pays off. Some of the most ridiculous ideas have become viable. If you enter the room thinking you’re the smartest person there, you will get poor results. When bringing groups together with the intention of listening to feedback, you can kill the effort by tapping into titles and seniority. Nurture contribution to foster a space of trust, honesty, and safety for all involved.

Innovation requires space and time. When you’re more interested in time and cut off yourself to new experiences you remove the potential for new ideas. Research has supported that meditation increases focus, attention span and creativity, including in the workplace. Invest in low-intensity activities, like taking a walk to free your mind and create.

If you see yourself in any of these roadblocks, knock it off.
Stand back and see what happens.

Vicki Garcia is the Co-Founder of Veteran Entrepreneurs Today (V.E.T.) & President of Marketing Impressions, a 30+ year old marketing consulting firm. Email her at vicki@veteranentrepreneurstoday.org for free help in starting and running your business.