“IT WAS THE BEST WEEKEND OF MY LIFE!” 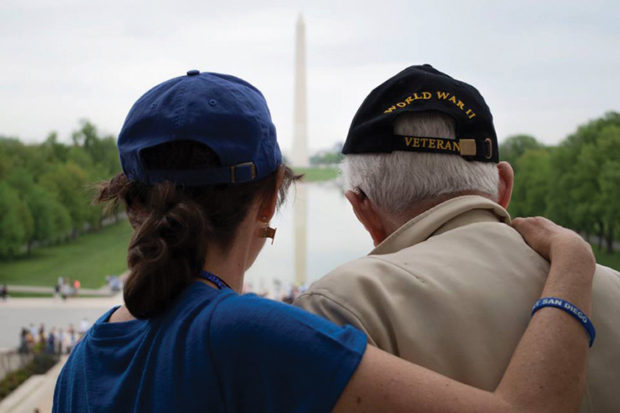 “IT WAS THE BEST WEEKEND OF MY LIFE!”

Our nation’s World War II veterans served between 1939 and 1945. If they enlisted at 17 years old, that makes our youngest WWII veterans around the age of 90. So when a WWII veteran returns from their “Tour of Honor” and tells a reporter that his/her trip was the best weekend of their life…that is HUGE!

The “Tour of Honor” trip is provided by Honor Flight San Diego, a local non-profit organization that takes the most senior veterans and veterans who have terminal illnesses to Washington, D.C. to visit the memorials dedicated to their service and sacrifice.

The trip is more than just visiting memorials – it is also a time for these veterans to make new friends, share their stories and build that military camaraderie they may have missed for the last 70+ years. For three straight days, they are honored, thanked and appreciated for their military service and for some it is emotional. For the majority of the WWII veterans, they answered the call of duty and did what our nation asked of them. After war there was no celebration, no homecoming when they returned from war and the majority of them went back to work in the civilian job they had left behind.

One of the biggest challenges for Honor Flight San Diego is locating the remaining Southern California WWII veterans. According to census results, there are about 240,000 military veterans living in San Diego County. David Smith is the founder of Honor Flight San Diego and said, “Finding those remaining WWII veterans and getting them on their “Tour of Honor” before it is too late is one of our greatest challenges.”

Honor Flight San Diego has been flying veterans since 2010 and after this past September trip, the organization has taken over 1,300 veterans – the vast majority being WWII veterans. The trip is at no cost to the veteran and is 100% funded through donations. That is the next biggest challenge. Each flight costs about $240,000 and they do as many as they can fund, usually two flights per year. Julie Brightwell took over as chairman in January 2017 and had to make the heart-wrenching decision to cancel their spring 2017 flight due to lack of funding. Ms. Brightwell said, “If funding were not an issue, we could take two to four trips a year, including a special flight such as an all-woman veteran flight and we could get to the Vietnam era veterans sooner.”

Every flight is unique with the veteran’s stories, backgrounds and military service. What remains the same is that each flight is comprised of 80 veterans from either WWII or Korea era and each veteran has a guardian – someone who is their “battle buddy” for the weekend. Even though these veterans do not consider themselves heroes, the organization calls them heroes and a typical flight could have men or women from any of the five armed services, former Prisoners of War, Purple Heart and Bronze Star recipients, veterans over the age of 100 and veterans who served in every battle during WWII or Korea. Some of those heroes over the years have been men who saw the flag being raised on Iwo Jima, men who parachuted into Normandy on D-Day, Pearl Harbor Survivors, Bullfrog 1, Chosin Reservoir Survivors, and military women supporting those efforts. 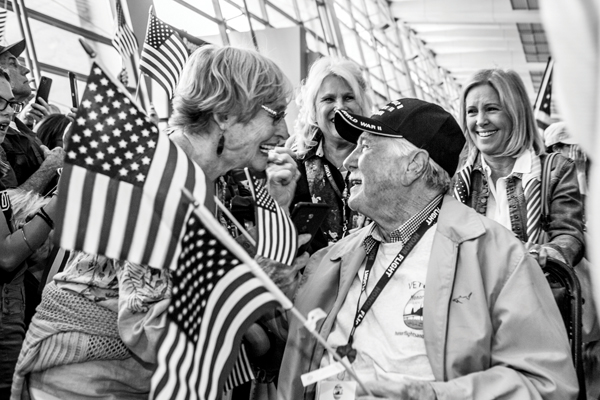 Each trip is filled with unique stories – one of the Navy’s first black Chief Petty Officers who recently had a building named for him at Naval Air Station North Island, brothers who served together, a veteran who was a child and survived the Holocaust to become a U.S. military member, and a Korea era veteran who was just eight years old when he and his family were taken as prisoners in WWII – he and one of the camp’s liberators who freed him were together on the trip.

A typical flight starts with the Honor Flight San Diego volunteer team leaders arriving at the airport at 0400 on the Friday they fly out. They set up and are ready for when the first veteran arrives to check-in. The veterans are told to be there by 0600 but many are so excited that many can’t sleep the night before and arrive to airport as the team is setting up.

The veterans are flown by charter aircraft to BWI airport and it is on this leg of the trip they receive a big surprise – Mail Call. They are given letters, cards and pictures made by local scout troops, elementary schools and organizations. But the ones that are most special are those from their family. Each veteran receives a package of mail and they open every envelope and handle every letter and picture with great care.

On Friday night they get checked into their rooms, have a group dinner and then retire for the night. On Saturday they board charter buses and head to Washington, D.C. Their first stop is the National WWII Memorial, followed by the Korean War Veterans Memorial, the Vietnam Veterans Memorial, the U.S. Marine Corps War Memorial, the U.S. Air Force Memorial and the U.S. Navy Yard Museum. One of the most impactful stops is at Arlington National Cemetery where they witness the Changing of the Guard ceremony. The women veterans stop at the Women in Military Service for America Memorial where they are greeted by retired Air Force Brigadier General Wilma L. Vaught and are presented with certificates and entered into the memorial’s database.

The final surprise of the trip is the San Diego homecoming. The doors open to the plane and they can already hear the crowd cheering for them – but they don’t know it is for them. They get to the top of the escalator or the elevator and it is a sea of red, white and blue, American flags and 800-1000 people chanting – USA! USA! USA! When they realize this is THEIR homecoming, it is hard to control the emotions, even for the most hardened of the military men and women.

That is the homecoming they deserve, because after all, they are our HEROES!

If you know a WWII or Korea War veteran who wants to go on Tour of Honor, or to learn more about the organization, or donate to the non-profit, please go to: www.honorflightsandiego.org. You can also follow them on Facebook@HonorFlightSanDiego.

Sign-Up For A Future Trip.
Please complete the Veteran Application at: www.honorflightsandiego.org 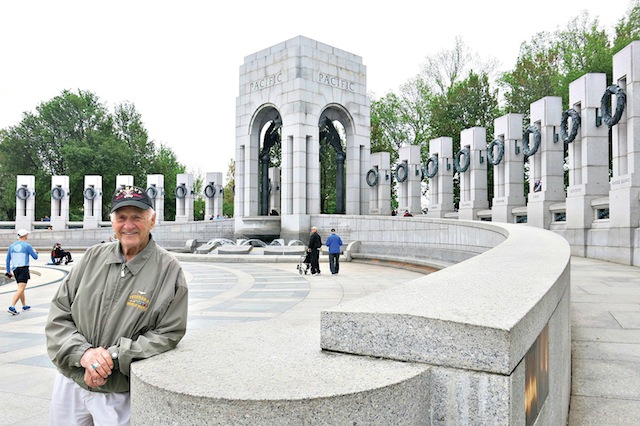 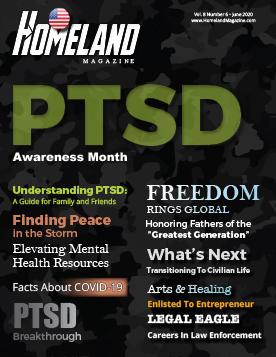