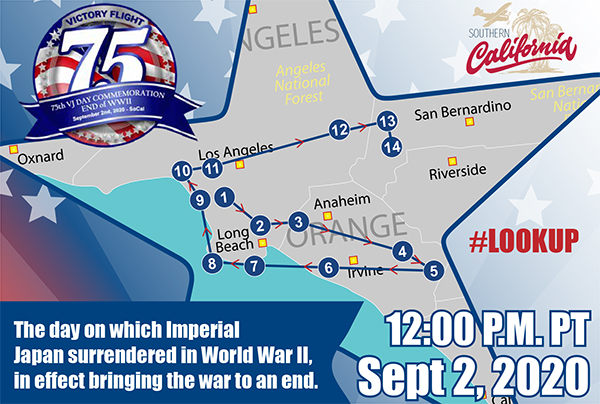 The Victory Flight hopes to bring honor to the veterans of World War II, including personnel who were held as prisoners of war or listed as missing in action, for their service and sacrifice, and to thank and honor the families of these veterans and pay tribute to the contribution made on the home front by the people of Southern California during World War II. The flight will go over many of these important landmarks such as the aircraft manufacturing facilities in Santa Monica, the Santa Ana Naval Air Station, and Marine Air Corps station in El Toro. The Pacific Battleship Center: Battleship Iowa is another landmark the flight will flyover in conjunction with a live streaming event in collaboration with Battleship Missouri in Pearl Harbor.

“This is a very big year,” said Bill Prosser, IEW Business Officer “This is truly one of the last opportunities to pay a tribute to those who contributed to the war in person. And sadly, due to the pandemic, we are trying to find very creative ways to do that. If we do not do it now, we will be missing a tremendous opportunity to educate the public about World War II and why it is such a significant part of our history.”

The 90-minute flyover begins at 12:00 p.m. PT at Torrance Airport, also known as Zamperini Field, and will go over several landmarks to hit the target flying over the USS Iowa at about 12:30pm.

14 World War II era aircraft are slated to participate. Aboard some of the aircraft will be veterans, Rosie the Riveters, and Holocaust survivors.

Points along the flyover Route include:

The following aircraft have agreed to participate, but due to factors such as weather or mechanical issues, participating aircraft and schedules are subject to change without notice:

Those across Southern California are invited to participate by heading outside and looking up from 12:00-1:30 p.m. PT. Share your photos with #AOD75 or follow the flight via FlightAware N45366.

About the Commemorative Air Force:
The Commemorative Air Force (CAF) is a 501(c)(3) non-profit organization based in Dallas, and the world’s largest flying military aircraft museum with more than 175 vintage military aircraft and 11,000 members across the United States. For more than 60 years, the CAF has been dedicated to honoring American military aviation through flight, exhibition, education and remembrance. The non-profit organization maintains airplanes in flying condition, allowing the public to experience first-hand the sights and sounds of America’s military aviation history. For more information, visit www.commemorativeairforce.org. 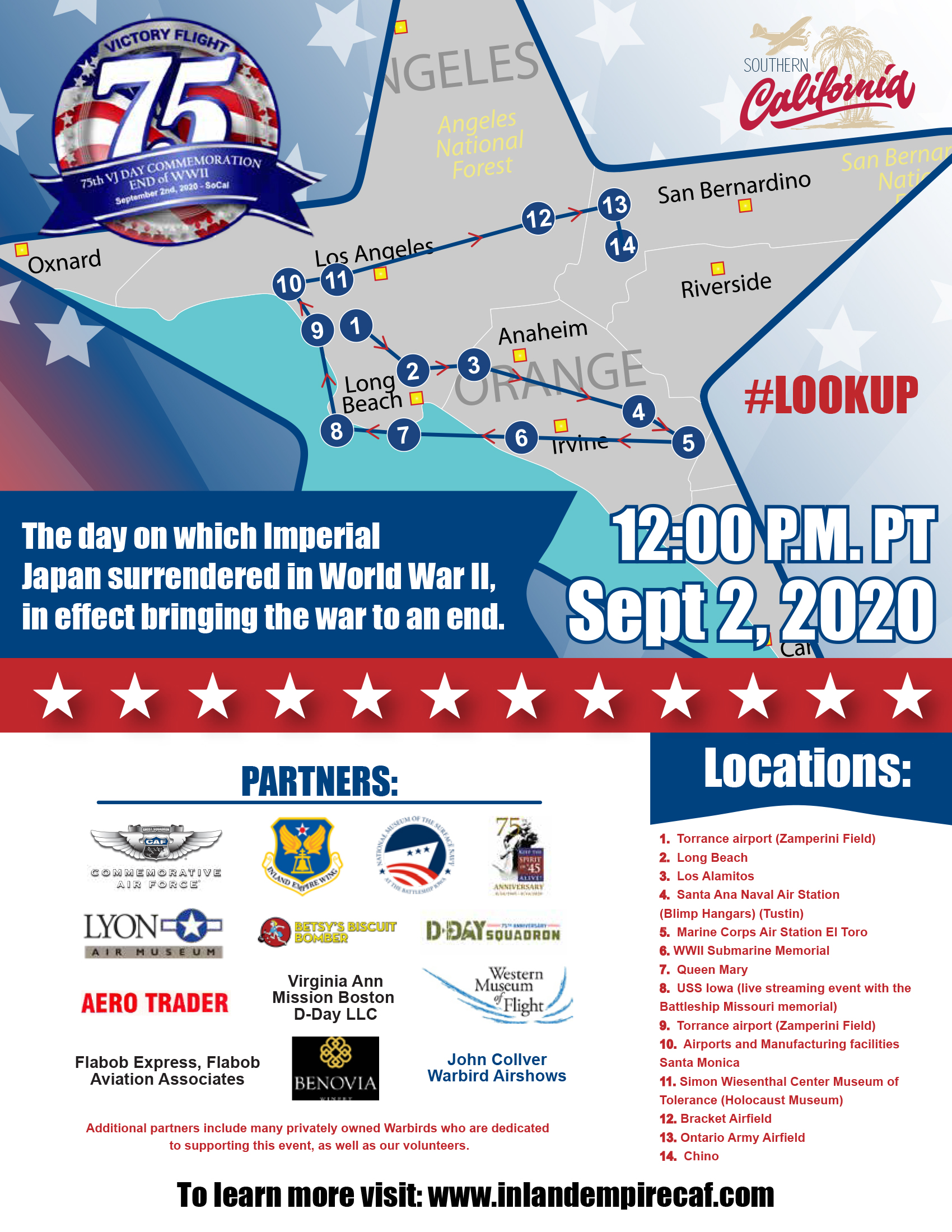