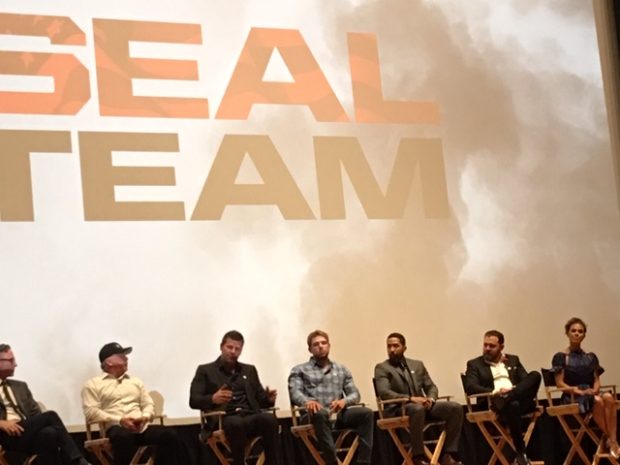 Recently I had the opportunity to attend a reception and special screening of one of the hottest shows on CBS, “Seal Team,” I jumped at the chance! The event was being sponsored by Blue Star Families and the Academy of United States Veterans. I was very familiar with Blue Star Families but not Academy of United States Veterans, aka AUSV. But after the amazing invite to the screening I certainly became familiar with their fabulous non-profit organization expeditiously.
As a proud Navy veteran myself, I’m very familiar with where some of the Navy Seals do their training at the base in Coronado, CA. I was once stationed at Imperial Beach, CA which is not that far from Coronado, and we’d often see the Seals training there. I’d often have to go to NAB Coronado because that is where the administrative and medical services for anyone stationed at NAB Imperial Beach was at the time.

You could often find them running in sync on the beach, shirtless, in perfect cadence on the beach. Their beautiful chiseled, bodies sweating in the sun as they would run for miles and miles without ceasing and when they would stop it would be to do some exercises, i.e., sit-up, push-ups, jumping jacks………. well you get the point. They would be exercising for what would seem forever to us mere mortals!

But back to the present and the Seal Team reception. Unfortunately, due to the nightmare traffic of Los Angeles and a concert at the Hollywood Bowl, (Florence and the Machine) that I was totally unaware, I didn’t reach the event in time for the red-carpet arrivals. Unbeknownst to me the venue where the screening was taking place was around the corner from the Hollywood Bowl (American Legion Post 43) so traffic and parking was a royal nightmare!

However, once I did finally make it to the event, I had a fabulous time and I immediately noticed how handsome and lovely all the cast members were in person just as they are on tv. Everyone was very friendly and made themselves available to mix and mingle for pictures and conversations.

I was a big fun of the show prior to the in-person screening and I am an even bigger fan now. Seal Team comes on CBS, please check your local listing for a specific show time because it is must see tv! 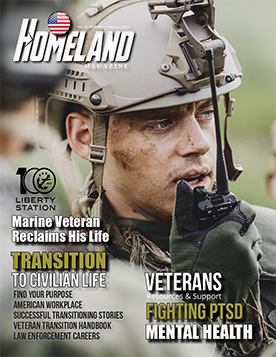