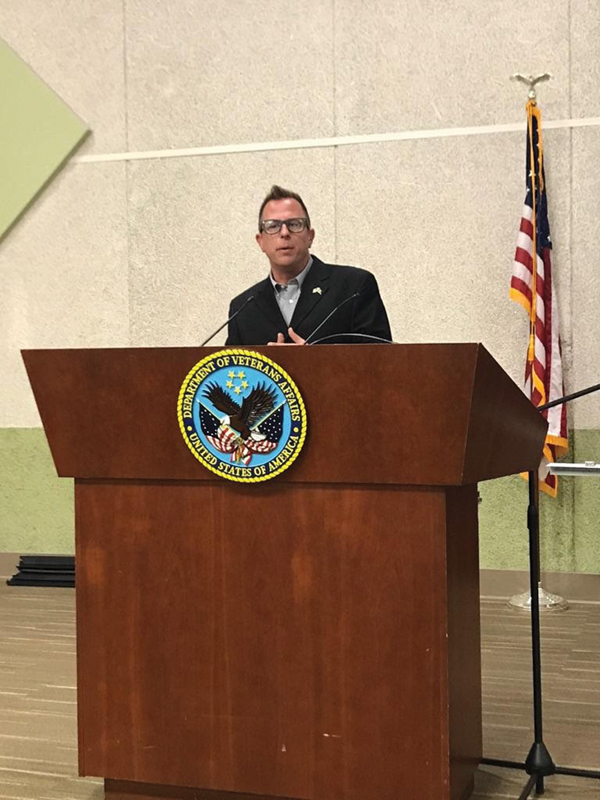 Vic Martin proudly served as a Mineman in the United States Navy from August 2009 to June 2013. During his service, he was responsible for the detection and neutralization of underwater explosive devices (mines) and while ashore, to test, assemble, maintain, safely store, and execute the transportation of mines.

In 2013, he was Medically Retired with a combined disability rating of 100% by both the D.O.D and the V.A. after a six-month Medical Evaluation Board. Vic applied to the Shelter to Soldier program for a service dog in the summer of 2014, and graduated with his new service dog, Kira, on Veteran’s Day, November 11, 2014.

Vic had a near-death experience while serving his country upon the waters off Bahrain, aboard the USS Gladiator Mine Counter Measure ship. Vic was working in the vessels Combat Information Center when he suffered from a cardiac episode that rendered him unconscious. He was transported to a hospital in Bahrain, but emergency responders failed to supply him with oxygen en route. As a result, Vic suffered from severe memory loss and further heart complications.

After his medical trauma, Vic proceeded to deteriorate from depression and severe anxiety when he re-entered the U.S. after his military medical retirement. He was confused, scared and relied on heavy prescription medication to keep him stabilized. He withdrew from his family and his thoughts of suicide steadily mounted. He was eventually diagnosed with Traumatic Brain Injury (TBI) due to the lack of oxygen to the frontal lobe of his brain during his cardiac episode.

When Vic learned of the Shelter to Soldier program, he immediately recognized the impact a psychiatric service dog would have on his ability to relate to his family and the outside world. He had already experienced the positive synergy that his household pets had upon his disposition. Vic comments, “I began to notice that my dogs (who had been around me throughout my hardest times) were the source of unimaginable peace and resolve. We spent many hours together hiking in the backcountry and I began to experience joy and companionship for the first time in many years. This made me realize that quality time with my children and spouse would greatly increase, thanks to the healing power of my service dog and her ability to reduce my anxiety…what a transformation it was to learn that replacing certain prescription medications with a specialized working canine was one incredible tool to assist with my condition!”

Vic subsequently turned his life around with the aid of his Shelter to Soldier psychiatric service dog, Kira. He offered his services to Shelter to Soldier to serve as a veteran-advocate for other veterans in need and was hired on a full-time basis to facilitate inquiries from fellow veterans who suffer from TBI and PTS. In early 2017, Kira was retired from her work as psychiatric service dog for Vic and he is now working with a new service dog-in-training, Mia. The pair have bravely participated in several speaking engagements on behalf of the charity, and continue to spread the mission of Shelter to Soldier throughout the community.

According to Shelter to Soldier Co-Founder Graham Bloem, “Vic is a living testimony to the benefit of our program and he works tirelessly to educate veterans on resources that are available to them through Shelter to Soldier. He is quick to recognize needs and manage expectations on a national platform that has resulted in a veteran waiting list for our services. He provides counsel, empathy and direction to all veterans who qualify for our program and exemplifies perseverance. He has volunteered for dozens of Shelter to Soldier events and meetings to help raise awareness for veteran suicide, PTS, and TBI and provides testimony to the healing powers of his service dog for his recovery.”

Every day on average, twenty (20) U.S. veterans and one (1) active duty service member commit suicide (Department of Veteran Affairs) and every day, 3200 dogs are euthanized in the U.S. Studies estimate that one in every five military personnel returning from Iraq and Afghanistan are suffering from PTS. The services Shelter to Soldier provides for free to veterans and their commitment to adopt dogs, fulfills the mission of this organization by “Saving Lives, Two at a Time”.

Shelter to Soldier recently relocated their headquarters to the Pacific Pet Resort and Dog Training Center located at 2909 San Luis Rey Road in Oceanside, CA to better serve the increasing number of veterans in need of their services. www.pacificpetresort.com

To learn more about veteran-support services provided by STS, call (855) 287-8659 for a confidential interview regarding eligibility.

Additionally, Shelter to Soldier is a gold participant of GuideStar and accredited by the Patriot’s Initiative. www.sheltertosoldier.org.