The Science of PTSD 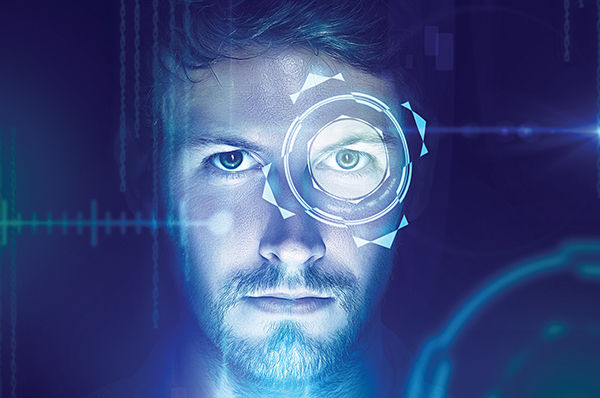 As part of PTSD Awareness month, we would like to discuss the science behind PTSD and some of the new technologies in development for treatment. The symptoms of PTSD can include anxiety & depression, nightmares & insomnia, social avoidance, and hypervigilance. Although the symptoms are many and varied, there are specific underlying causes of PTSD that are based on how the body has adapted to deal with fear and stress.

Someone with PTSD has distinct differences in how their brain identifies and reacts to stressful situations, which is all connected to the brain’s limbic system.

The limbic system is an important set of brain structures involved in emotions like fear and love and impacts how we make and retrieve memories.

Someone with PTSD has distinct differences in how their brain identifies and reacts to stressful situations, which is all connected to the brain’s limbic system.

The limbic system is an important set of brain structures involved in emotions like fear and love and impacts how we make and retrieve memories. Parts of the limbic system include the hippocampus, the amygdala, and the hypothalamus; which are also the main areas of the brain that have shown functional differences when someone has PTSD as compared to someone without PTSD.

The amygdala and hippocampus are the parts of the brain that deal with fear and how you store fearful memories. These structures in the brain are the source of many nightmares and flashbacks for those who suffer from PTSD.

The hypothalamus is the subconscious part of the brain that tells the body how to respond to emotions or stressful situations, controls fight or flight responses during times of fear and aggression, and also has the ability to restore a calm state in the body once the stressful situation had abated.

Unfortunately, for those seeking treatment for PTSD, the results with current therapies can be quite varied. In one third of the population they have little to no effect on PTSD symptoms. Another third only sees a minimal reduction in symptoms. Additionally, when using anti-depressants, users sometimes have unwanted side effects.

Luckily PTSD awareness and acceptance are growing, and with this growth is also an effort to develop new solutions to help those with PTSD reduce and/or eliminate their symptoms. One area of innovation for PTSD treatment is called neuromodulation, where electrical or magnetic stimulation is applied to parts of the brain or other parts of the nervous system. Proponents of neuromodulation believe in the positive effects of this directly targeted stimulation, as it not only goes to the source of PTSD by targeting parts of the limbic system, but also potentially reduces side effects associated with pharmaceuticals that have to disperse throughout the entire body in order to treat one area.

And all of these sections of the brain are in constant communication, deciding how to store memories, how to learn from them, and how to use that information to react to new situations, which is why many PTSD treatments are focused on the limbic system.

The currently approved treatment options for PTSD are Cognitive Behavioral Therapy, which can include all forms of talk therapy and exposure therapy, and prescription drugs, such as anti-depressants (most often Selective Serotonin Reuptake Inhibitors).

Devices that target the storage and retrieval of traumatic memories include Deep Brain Stimulation and Transcranial Magnetic Stimulation.

Deep Brain Stimulation (DBS) is currently approved in the U.S. for the treatment of Parkinson’s, general movement disorders, and epilepsy and is now also being explored as a treatment for PTSD. DBS involves surgery to implant electrodes into the patient’s brain and directly stimulates the amygdala. Research has shown significant reduction in nightmares, better quality sleep, and an overall improvement in mood. However, we look forward to the results of a full human clinical trial, as previous clinical trials on depression treatments were cut short due to lower than expected results.

Vagal Nerve Stimulation (VNS) sends signals to the hypothalamus and limbic regions and can modulate fight or flight responses. VNS has traditionally been surgically implanted and is approved for the treatment of epilepsy and depression but has also been explored as an option for PTSD. There are multiple research groups studying the positive effects of VNS on PTSD symptoms in animal studies.

One of the most interesting up-coming areas of neuromodulation is in the wearable technology space, where users may find relief from PTSD symptoms without an invasive surgery.

Researchers at the University of Florida have been testing transcutaneous VNS for the treatment of PTSD symptoms with positive initial results and a Florida start-up is looking to develop this wearable technology in a way that will allow users to find relief from symptoms throughout the day while wearing a device that looks like a wireless earbud. This company, Evren Technologies, has yet to kick off their US clinical trial but hopes to do so starting in 2020.

None of the neuromodulation devices discussed in this article is yet to be approved in the US for the treatment of PTSD in humans, however, most have or will soon have clinical trials in the United States that are actively recruiting patients. Hopefully further research will prove some or all of these treatments effective and one day PTSD patients will have better options.

Blythe Karow is a medical device professional with a passion for developing products that seamlessly fit into a patient’s life. She holds a B.S. in Biomedical Engineering from Johns Hopkins University and an M.B.A. from the Darden Graduate School of Business, University of Virginia. 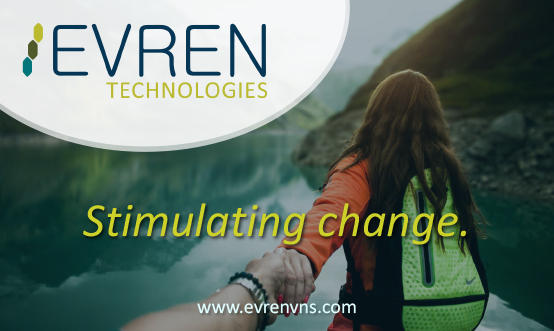