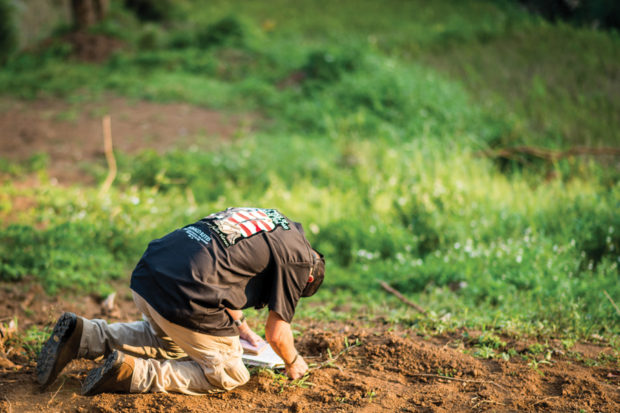 The third annual GI Film Festival San Diego is back with a new lineup of films and events that bring the untold stories of America’s military to life. Originated in Washington D.C. in 2007, the GI Film Festival is only one of a few military-themed festivals in the United States. With San Diego’s multi-faceted military history and seven major bases between the Navy, Marines, and the Coast Guard, it’s only fitting to bring a collection of compelling and authentic films for anyone interested in the military and veteran experience.

Organized by KPBS in partnership with the GI Film Group and Film Consortium San Diego, the festival takes place Oct. 18-22, 2017 at select venues throughout San Diego County and exclusively features stories for, by, and about military service members and veterans. More than 30 films have been selected for this year’s GI Film Festival San Diego with themes ranging from women in the military, resiliency and recovery, transition, and the LGBTQ+ community. Selections also highlight military experiences from within the Hispanic, African American, and Asian cultures. Wars covered in the films span from World War II to the present day conflicts. All major film genres will be presented including dramas, documentaries, and personal narratives in both short and feature length formats.

Eight West Coast premieres are scheduled, including “The 2 Sides Project” on the festival’s opening night, Wednesday, Oct. 18 at the Museum of Photographic Arts in Balboa Park. The documentary follows the unforgettable journey of six U.S. sons and daughters as they discover a country and a people with whom they share a common history. The film captures the profoundly moving experiences they had while visiting the sites where their fathers died and the powerful encounters they had with the country itself.

“Last May, our team attended the 11th annual GI Film Festival in D.C. and viewed several exceptional films, but none like the touching documentary ‘The 2 Sides Project,’” says Nancy Worlie, associate general manager of content and communications at KPBS. “The film really exemplifies the untold aftermath of the Vietnam War, especially the impact on families at home. But the film also leaves you with a sense of hope when you see both sides of a conflict come together around shared loss and reconciliation.”

“The 2 Sides Project” director Anthony Istrico is scheduled to attend opening night along with some of the people featured in the film. The world premiere of “The 2 Sides Project” took place last May at the GI Film Festival in Washington D.C. where it won the 2017 Founders’ Choice Award.

The GI Film Festival San Diego will conduct screenings for the first time in North County San Diego at the Regal Carlsbad 12 on Thursday, Oct. 19 with a “World War II Remembered” film block and other selections. The popular Family Movie Night will return to the USS Midway Museum on Friday, Oct. 20 to celebrate military families and provide a fun evening out after a busy week. Additional screenings, filmmaker appearances, and panel discussions will be held at AMC Mission Valley 20 on Saturday, Oct. 21 and Sunday, Oct. 22. Films scheduled to be screened in Mission Valley include: “After Fire” a documentary feature that follows three female veterans on their road to healing; “High Low Forty” a narrative feature about estranged brothers who reconnect during a road-trip home; and a collection of films that are either made by or star veterans.

The much anticipated Local Film Showcase, featuring films created by local veterans, active duty military, and filmmakers, is also planned for the closing weekend along with the encore of “The 2 Sides Project.” On Saturday, Oct. 21 the Awards Celebration will take place at the KPBS studios to recognize the best films, filmmakers, and actors in the Local Film Showcase. Comedian and former Navy officer, Jamie Kaler, will emcee the event.

All festival events and screenings are open to the public with special discounted opportunities for active duty personnel and veterans. The complete schedule, ticket information, and locations are available at GIFilmFestivalSD.org.