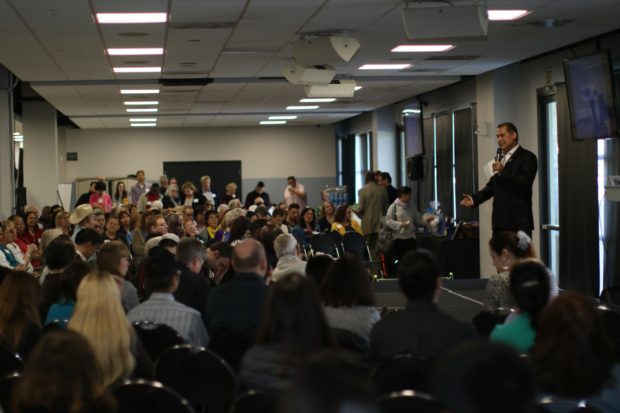 Toastmasters has been around for 90 years, providing public speaking, leadership and communication education to the community. During that time the military has created hundreds of clubs specifically to help improve these skills.

Recently, a Toastmasters group in District 5 Toastmasters, which covers about 150 clubs in San Diego, Imperial Valley and Yuma AZ, held an event called the Leadership and Communications Expo, also known as LACE. This is an account of that event.

LACE focuses on providing education and training in areas where attendees can apply their public speaking, leadership and communication skills in their work or business. LACE helps build skills in areas like social media, marketing, storytelling, overcoming fear, mindset development, improvisation, influence, motivation, getting booked to speak, writing a book, becoming a coach, and much, much more…

In District 5, LACE started as a District event six years ago, and the top leaders were able to bring all of their resources to bear on organizing and promoting it.

This year the leaders of District 5 Toastmasters decided to focus their energy on building quality clubs, and chose not to produce a LACE event this year. So San Diego Toastmasters 7 Club President Bob Dietrich, who had previously produced LACE three times, proposed to the Club’s executive committee the idea to produce LACE as a club event in celebration of the District’s 80th anniversary. Considering San Diego Toastmasters 7 was 87 years old, it seemed appropriate to produce an event like this in honor of the District.

The executive committee agreed, and the team quickly sprung into action! The first step was to secure the date and the location. Bob called long time friend and ministry leader Angel Vallejo to support the production of LACE by helping secure a venue. Angel’s church, Rock Church at Liberty Station, had hosted the event 3 times previously and Angel was able to gain approval for yet another LACE event.

Two other clubs soon joined the LACE team as sponsors (Improv Masters and Uptown Professionals), and a “call for speakers” was issued and distributed. It did not take long to fill the speaking lineup with top-notch speakers from all over the District. With the help of the sponsoring clubs and the speakers, the team was now significantly larger.

SDTM7 Club Treasurer Alberto Alvarado, also began working behind the scenes to provide door prize sponsors for the event, and the list of sponsors quickly began to grow. From there, our team tackled the promotion of the event by getting flyers made and distributed, and Chris Hammell set up the event’s registration through Eventbrite.

Armed with a mention in the District emails about Club Officer Training, the LACE team was challenged to publicize the event. Luckily, San Diego Toastmasters 7 had three great resources in their ranks; two sponsoring clubs, two Area Directors (Eric Linder and Christoph Kubitza) who could spread the word to other Area Directors at the District Executive Committee meetings, and the LACE team of speakers and volunteers Bob had assembled to speak and help at LACE.

The efforts were successful because all 220 tickets were sold out two days before the event. The night before the event, the organizers and speakers gathered to set up the main room as well as the rooms which would host breakout sessions. The atmosphere was electric as speakers examined their rooms and tested their presentation materials while the rooms took shape around them. By the time the setup was done, the event was less than 12 hours away.

The next morning, organizers arrived early to help set up breakfast and register the attendees. There was an excitement that was typical of LACE events. After all, the crowd was about to eat breakfast, see two keynote speeches, attend two breakout sessions, eat lunch, watch an improv performance from National Comedy Theatre, and collect their door prizes. .

Angel Vallejo kicked off the event, welcoming the audience to his Church, and to the home of his Toastmasters club (Rock Toastmasters). Angel then introduced the chair and host of LACE, Bob Dietrich, who quickly introduced his co-host, Chris Hammell. Together, they gave instructions, introduced the speakers, and set the tone for a fun and engaging event.

The first keynote, “Accelerate Your Growth As A Speaker Through Storytelling” was delivered by Jim Tucker and Norm Nomura. Both men are legends in District 5 as they both make frequent appearances in contests. Jim Tucker even made two top-ten appearances in the World Championship of Public Speaking, and Norm had won District 5 Speech Contests several times. The keynote was an excellent appetizer to their one hour breakout seminar appropriately titled, “Storytelling Workshop.”

The second keynote, “5 Ways To Get Paid As A Speaker in 2017” was delivered by 2-time best-selling author and international speaker, Christopher M. Duncan, who delivered a dynamic address that had people energized and believing they could also be professional speakers.

Then came the first of two breakout sessions. Each breakout session contained 8 seminars by the talented and dedicated speakers in District 5. There were breakout sessions as diverse as How To Start Your Own Podcast or Blog, 3 Ways To Supercharge Social Media Engagement, and 7 Proven Processes To Maximize Your Leadership Skills. There was even a seminar on How Improv Can Skyrocket Your Public Speaking Results led by Gary Kramer, the owner of National Comedy Theatre (NCT). NCT is the longest-running show in San Diego with 5000 shows under its belt (as of March 18, 2017). LACE Event chair and San Diego Toastmasters 7 President Bob Dietrich even hosted a breakout session of his own, as he shared the “5 Critical Steps To Start or Grow Any Business.”

The second session had topics such as Overcoming The Fear of Public speaking, How To Use Neuro Linguistic Programming (NLP) To Influence Your Audience, How To Get Started as a Paid Professional Coach, and Using Facebook Live as a Marketing Tool. Improv Masters charter member and professional speaker Thomas Mangum delivered a seminar on “How I Get Booked To Speak At Fortune 500 Companies,” and San Diego Toastmasters 7 member Sureal Sparx delivered “Mindset Mastery: How To Be More Confident and Powerful”.

After the breakout sessions, all the attendees met in the main conference room to enjoy lunch. As they shared their experiences, you could feel the excitement building leading up to the special improv show presented by NCT, which was led by founder Gary Kramer. His team performed an interactive improv show that got many Toastmasters up on stage to participate in the improv games.

After everyone had a good, hard laugh, LACE concluded with with well-deserved acknowledgements and fantastic door prizes. Bob Dietrich acknowledged all of the clubs who helped make LACE happen. In all, 22 different clubs participated in some way to produce LACE, including the 3 sponsoring clubs San Diego Toastmasters 7, Improv Masters, and Uptown Professionals. While the event was organized and put on by many clubs in the District, the District 5 leaders came out to support the event. Joyce Persichilli even presented the three sponsoring clubs with plaques in recognition of its accomplishment.

District 5 Toastmasters is celebrating its 80th anniversary this year, and a big part of LACE was focused on thanking and recognizing District 5 for reaching this awesome milestone. There was no better way to celebrate the District’s accomplishments than by having the members in the District demonstrate the the difference Toastmasters has made in the lives. Together, the clubs of District 5 took the initiative and shouldered the responsibility of producing this large and exciting event.

It was because of the skills learned in the Toastmasters that such an event was even possible.

If you are looking for a Toastmasters club to join, or are thinking of starting your own club, click on this link https://www.toastmasters.org/Find-a-Club

Out with the Old in with the New 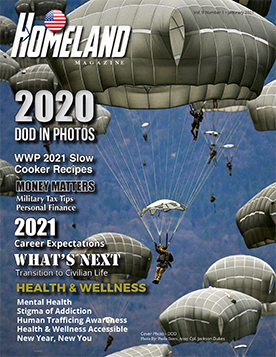