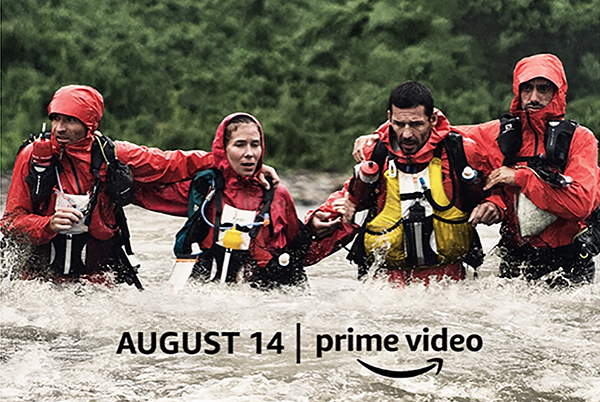 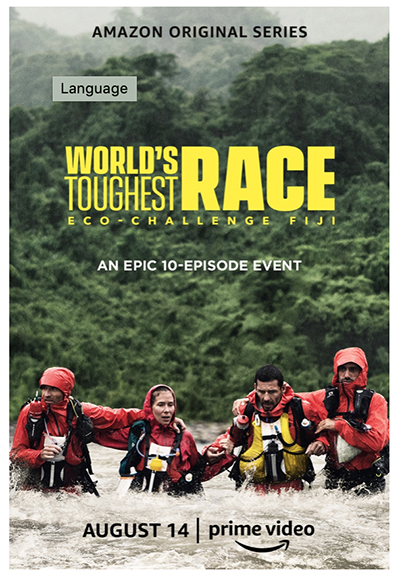 World’s Toughest Race:Eco-Challenge Fiji will premiere on Prime Video on August 14th 2020 in more than 200 countries and territories worldwide.

This 10-episode adventure series, hosted by Bear Grylls and executive produced by Mark Burnett, tells the story of the ultimate expedition race, in which 66 teams from 30 countries race non-stop for 11 days, 24 hours a day, across hundreds of miles of rugged Fijian terrain complete with mountains, jungles and oceans.

Filmed last fall in Fiji, World’s Toughest Race: Eco-Challenge Fiji is a battle to the finish for 330 competitors (who form teams of five, including four racers and an assistant crew member); however, the greatest challenges are not the competing teams, but the unforgiving 671 kilometers of terrain which stands between all those competing and the finish line. Viewers worldwide will see the limits of human physical and mental endurance tested like never before.

At its core, World’s Toughest Race: Eco-Challenge Fiji is about perseverance. People from all walks of life and every corner of the globe join together to overcome the most incredible obstacles. The challenges lie both within the course itself, and competitors’ equally daunting personal struggles, which are only magnified by the demands of the expedition.

Prime members can stream World’s Toughest Race: Eco-Challenge Fiji exclusively via the Prime Video app for TVs, connected devices including Fire TV, mobile devices and online. Members can also download it to mobile devices for offline viewing at no additional cost to their membership. The series is a global release and available at amazon.com/primevideo for Prime Video members in more than 200 countries and territories.

Customers who are not already Prime members can sign up for a free trial at www.amazon.com/prime.
For a list of all Prime Video compatible devices, visit www.amazon.com/howtostream.